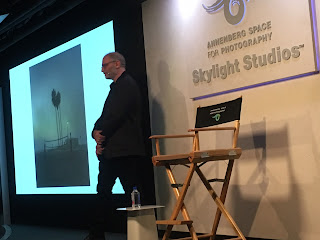 "Capture in the photograph what is invisible."
~ Robert Herman


Having had a long love affair with photography, I remember looking at photobooks by major specialty publishers at Book Expo with envy. Tonight I attended an event in Century City sponsored by the Annenberg Space for Photography where NYC street photographer Robert Herman told us about taking a different route.

When looking for a publisher for his The New Yorkers, Herman received five offers from traditional photobook publishers. The rub was that he'd have to contribute $20,000 to $30,000 to the effort. He just didn't have the money. So Herman turned to self-publishing as he was looking for something to energize his career.

Key to his early efforts was setting up the groundwork for a successful Kickstarter campaign with work on Facebook. For instance, he had a well-produced video there (which he shared this evening). His Kickstarter offers included a book for $60, which was the most popular contribution level. He passed his set goal and successfully raised $10,559. Later he would see that a third of his Kickstarter money came from Facebook, a third from friends and family, and a third from people just surfing through Kickstarter or the Internet. The Kickstarter funds were supplemented by tax deductible donations through Fractured Atlas. Credit cards helped too.

The effort to hone down the work to the final candidates was massive. Herman started with thousands of images and got it down to 80. He'd put the images up in groups on the wall to select the best of the bunch, moving them around as part of the process. Herman says that as a self-editor you "need to be brutal."

Herman believes becoming a successful self-published photographer involved some miracles. These included getting a $1.000 Kickstarter contribution from someone he met at a party. Also, returning to a portfolio review for a second year with a dummy of the book brought in Sean Corcoran as the writer of the Foreword. Corcoran is the Curator of Prints and Photographs at the Museum of the City of New York.

It was obvious that Herman was dedicated to an involved process that would result in a high quality end result in the book and its images. The New Yorkers has been sold at the Museum of Modern Art for four years. And it received a feature article with photos in The New York Times as well as coverage in their Lens blog. All three of these accomplishments are very impressive for a self-published book.

The photographer emphasized that self-publishing a photobook is a group effort, and that it's important to have support. His team included an editor, book designer, production person for CMYK color conversions, and a cooperative Canadian printer who worked with him onsite.

The New Yorkers is now in its fourth year of publication and on its third printing.


"You don't have to travel all around the world
to get a good photograph.
It's right outside your door."
~ Robert Herman 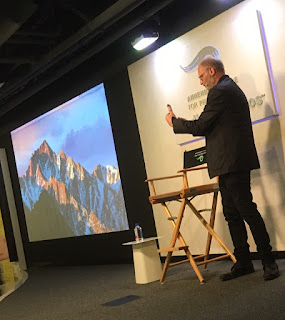