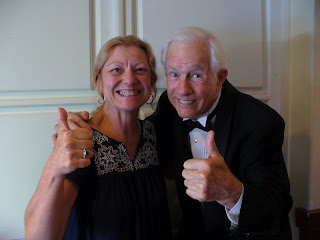 Here I am with Dan Poynter, both of us celebrating Steve's win!

Among the winners selected from entries sent from over 16 countries was my client Steve Nakamoto for his most recent book, Wall Street Craps: How to Play Today's Hot and Cold Stock Market for Fast Money with Less Risk. Nakamoto's title took the top prize for the Finance/Investment/Wealth category in Nonfiction. Two of my clients were also Finalists in their respective categories. Exploring Europe: Our Experiences While Living Abroad by Shelley Row was a Finalist in Travel/Guidebook - Nonfiction while Alpha Chick, Five Steps for Moving from Pain to Power by Mal Duane ranked as a Finalist in Self-Help - Nonfiction.

Poynter, who travels extensively as a speaker on publishing, has been reading ebooks since the early 2000s. He began on the Pocket PC and now uses the iPhone, utilizing Kindle. Dan has long been an advocate for ebooks, and he has been publishing them from his website since 1996. Poynter founded the Global Ebook Awards in 2011. For information on next year's 2013 Global Ebook Awards, go to http://globalebookawards.com/registration/.

Enjoy some more photos taken during the festivities! 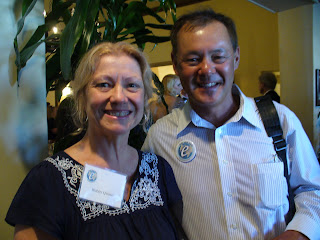 I found Steve Nakamoto to congratulate him on the award, and to take a moment for a photo opp. 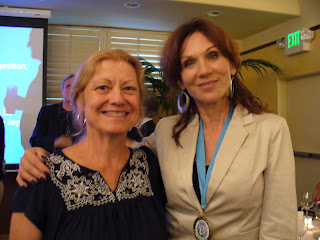 Hanging out with Marilu Henner. 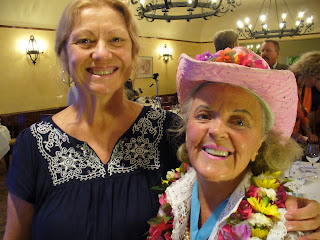 Patricia Bragg and I discussed her prize as a winner in the Health category. 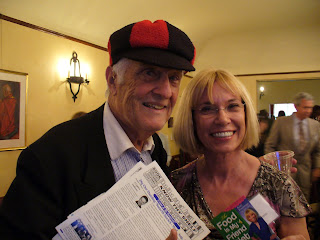 Ruth Frechman (Friend/Client/Author, The Food Is My Friend Diet, [which took best Nutrition Book in another awards competition]) with Book Publicist Irwin Zucker.
Posted by Robin at 5:52 PM